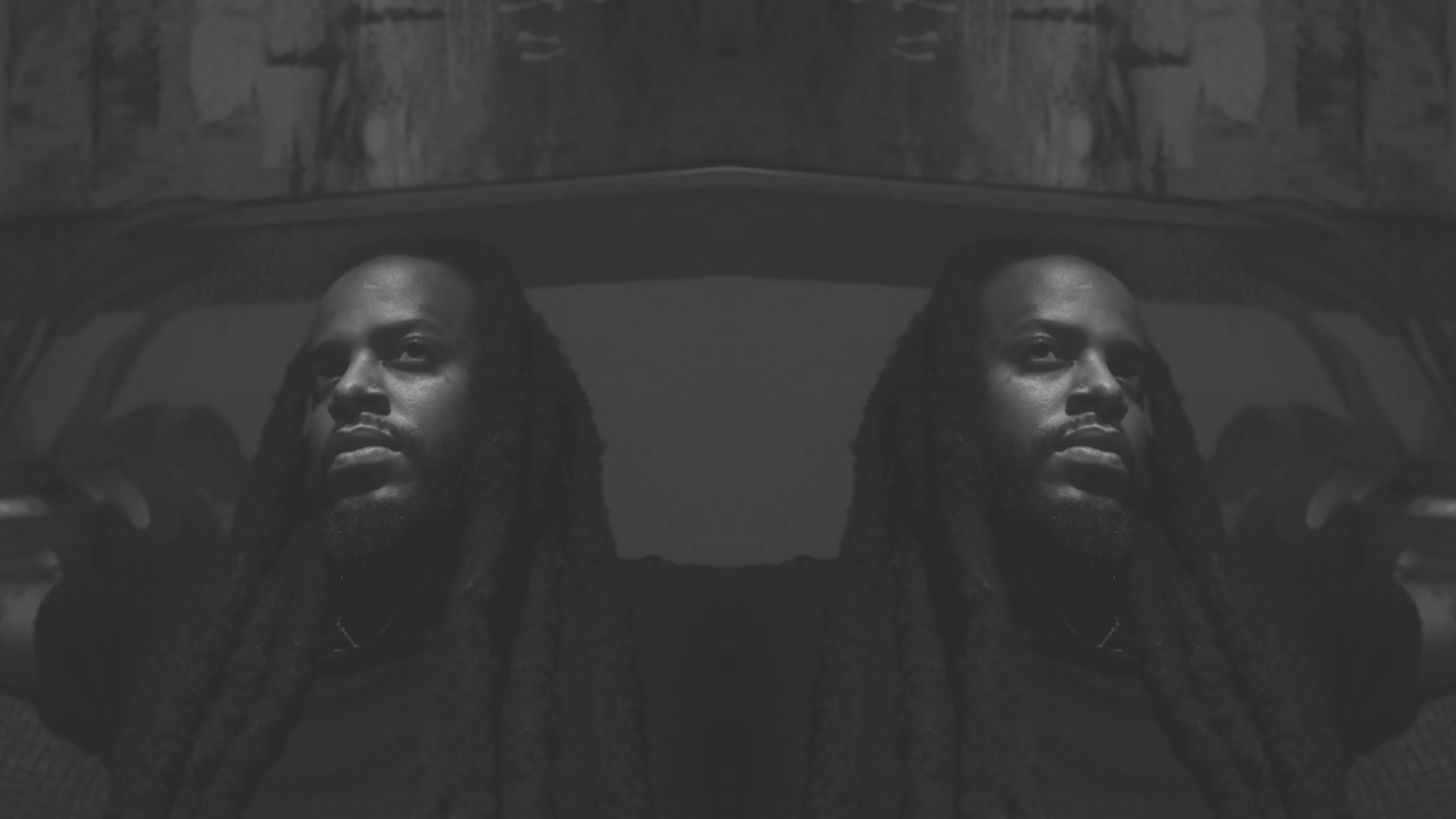 AJ McQueen was born and raised in the rough streets of west side St. Louis, Missouri, "Wellston" to be exact. AJ’s rapping started at the young age of 11 where he would grow to be known around the neighborhood and school hallways as one of the best freestylers and battle rappers on the north and west side of St. Louis. At the age of 13, AJ became active in the neighborhood gang and at the age of 14, he was shot and nearly lost his life. However, with the prayers of friends, family, and loved ones AJ survived to live another day. After relinquishing ties to gang activity, where his involvement almost claimed his life, AJ was sent away to live with a friend of the family in Houston, Texas to help curb his behavior and to save him from an uncertain future. It was quickly recognized that after arriving in Houston, his writing and lyrics became something more "meaningful". He recorded his first song on a tape recorder and he let the man of the house hear the song, and after listening he said, "AJ, you have great potential."

That was the day AJ’s life changed forever.

After working 2 jobs at the age of 16, AJ purchased his studio equipment and began recording more music. He started performing at talent shows and events around Alief, on the Southside of Houston. AJ recorded his first full-length mixtape and passed it out around his high school campus, in doing so, he earned the respect and admiration of his peers. At 17, AJ joined a group called S.T.C. and performed all over the country spreading a message of positivity and faith. After a successful career with the group, AJ went solo. At 19, he was featured on B.E.T. 's hit show 106 & Park, where they gave him the title of "Youth Activist", and it was at that moment that he knew he not only had a God-given gift, but responsibility that was bigger than anything that he ever imagined. With this inner knowing, he decided to put his past, pain, knowledge, experiences, and devotion all into his writing and music.

Starting off as a soulful midwestern emcee, 'The Water Boy' AJ McQueen has amalgamated lyricism with organic creativity, consciousness, and his own life experiences. After finding his rhythm and own style, AJ has further developed into an Artist, Emcee, Rapper, and most importantly a voice for the people.

As AJ looks back, and more so to the future, he recognizes his musical inspiration coming from those like 2 Pac, Nas, Lauryn Hill, Bob Marley, and Lil Wayne. With the purest intent of making an impact, AJ encourages the exercise of freedom, pursuit of truth, and to raise others to their full potential through his music. Now after receiving a few accolades such as being featured on BET, ALL Hip Hop, Houston Press 9 Rappers to Follow, as well as receiving his own day in the City of Houston, the impact is showing itself.

To this day, AJ  toured the country performing at venues including the Northern Lights Tour, SXSW Music Conference, and more. At the age of 23, he was recognized by President Barack Obama and received the White House Service Achievement Award for his service to his community and also his positive music. He has also received the Certificate of Congressional Recognition from Congresswoman Sheila Jackson Lee and his own day in the City of Houston from Mayor Slyvester Turner. To go along with those achievements he has received numerous awards and accolades for his music, writing, poetry and entrepreneurship. One award that he is most proud of is the Top 30 under 30 Entrepreneur Award for his company Writer's Block Inc, a nonprofit performing arts and literacy company established in 2013 where he is the Founder & CEO.

With grit and fortitude, AJ has now launched his own water company Hydrate Hill Water, a minority-owned, alkaline water company providing boutique-level water that promotes a healthier community. AJ McQueen’s life has been complex, and hopefully, there will be a cinematic opportunity to capture the many facets of his life having started his story fighting to live weighing only 3lbs 6 oz then getting shot at 14. Fast forward to him writing his first book "Art of Life", then releasing the mixtape series “Goat-ish", and beyond. AJ's life choices and music signify his ongoing efforts towards inspiration, activism, and creativity as that of a lyrical painter who has been given a world-sized canvas to compose a masterpiece. His music is organic, transparent, poetic, challenging, and some would say a breath of fresh air. He has many titles, such as emcee, lyricist, entrepreneur, author, and revolutionary. While he may be a man of many talents McQueen offers a new, fresh, organic, and captivating sound to Hip-Hop, this generation, and the world at large...

To keep up to date with AJ and future projects, visit AJ McQueen

To learn more about Writer's Block visit We Are Writers Block 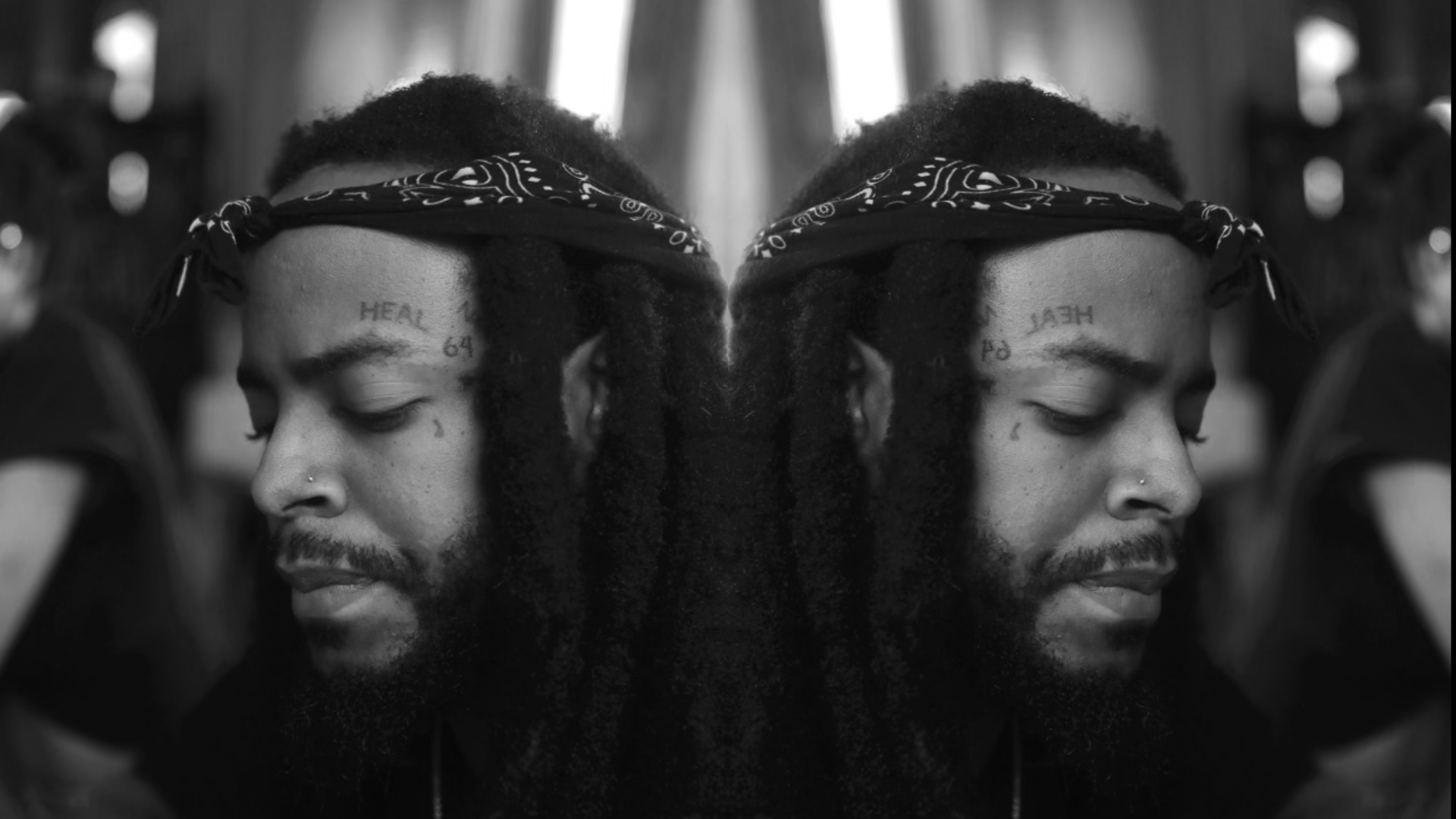